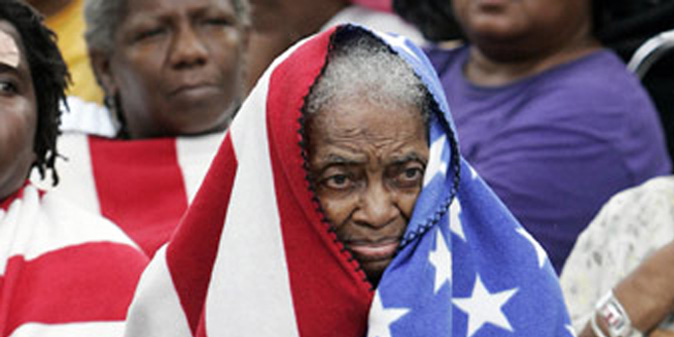 Milvertha Hendricks, 84, center waits in the rain with other flood victims outside the convention center in New Orleans, Thursday, Sept. 1, 2005. Officials called for a mandatory evacuation of the city, but many resident remained in the city and had to be rescued from flooded homes and hotels and remain in the city awaiting a way out. (AP Photo/Eric Gay)