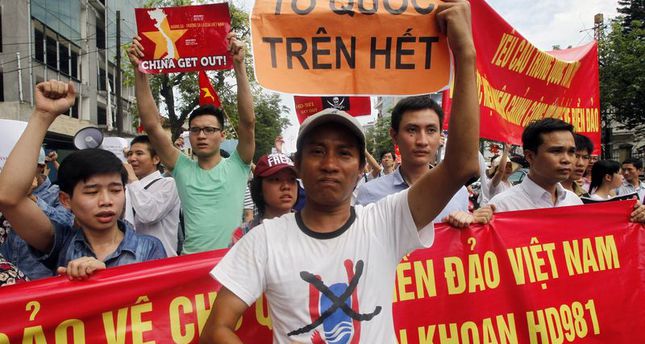 A protester holds a placard which reads, “nation first” while marching during an anti-China protest on a street in Hanoi May 11, 2014. Hundreds rallied on Sunday in Vietnam’s biggest cities to denounce China’s setting up of a giant oil rig in the South China Sea, a rare protest likely to prolong a tense standoff between the two communist neighbours. REUTERS/Kham (VIETNAM – Tags: POLITICS CIVIL UNREST)