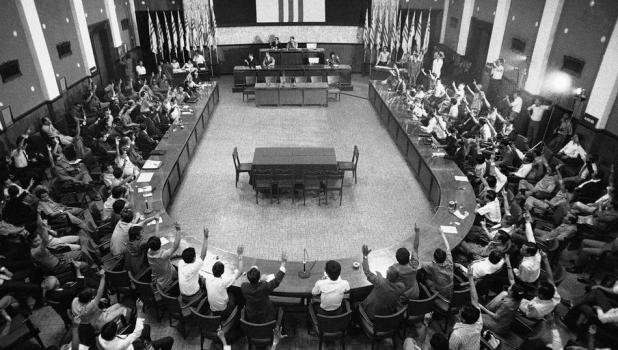 A joint session of South Vietnam’s National Assembly votes on Sunday, April 28, 1975 to ask President Tran Van Huong to turn over his office to Gen. Duong Van Minh. The assembly made a move in the 11th hour to attempt to negotiate a settlement with the Communist forces. (AP Photo/Errington)