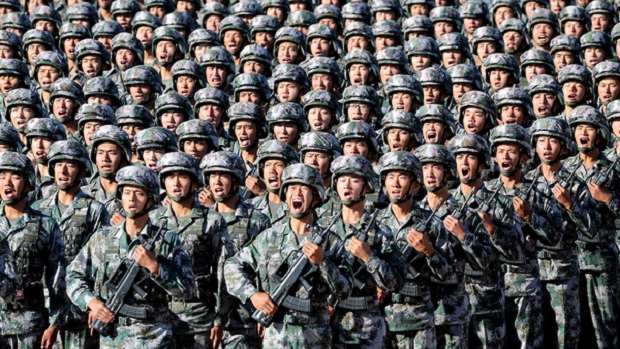 Soldiers of China’s People’s Liberation Army (PLA) get ready for the military parade to commemorate the 90th anniversary of the foundation of the army at Zhurihe military training base in Inner Mongolia Autonomous Region, China, July 30, 2017. China Daily via REUTERS ATTENTION EDITORS – THIS IMAGE WAS PROVIDED BY A THIRD PARTY. CHINA OUT. NO COMMERCIAL OR EDITORIAL SALES IN CHINA. TPX IMAGES OF THE DAY – RC142D1B0000