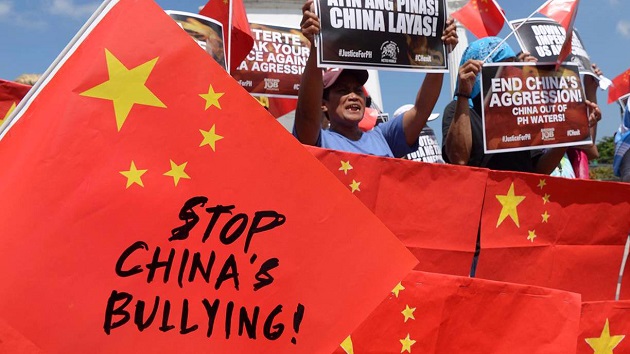 TOPSHOT – Activists display anti-China placards and flags during a protest at a park in Manila on June 18, 2019, after a Chinese vessel last week collided with a Philippine fishing boat which sank in the disputed South China Sea and sailed away sparking outrage. – The sinking of the Filipino fishing boat by the Chinese vessel in the disputed South China Sea was “just a collision”, the Philippine’s President Rodrigo Duterte said on June 17 as he moved to soothe anger over the crash. (Photo by TED ALJIBE / AFP) (Photo credit should read TED ALJIBE/AFP via Getty Images)