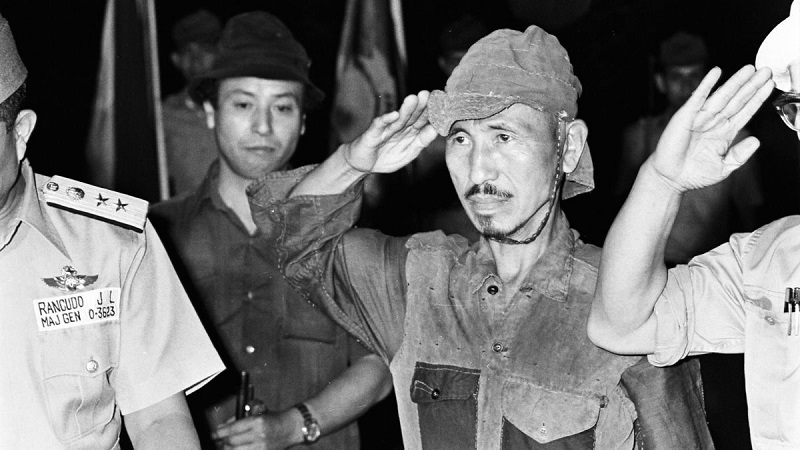 LUBANG, PHILIPPINES – MARCH 10: Former Japanese Imperial Army intelligent officer Hiroo Onoda (C) salutes after his surrender on March 10, 1974 in Lubang, Philippines. Lieutenant Onoda, who spent almost 30-years holding out in the jungle on the Philippine island of Lubang, had refused to surrender until he received direct orders from his commanding officer until 1974.(Photo by The Asahi Shimbun via Getty Images)