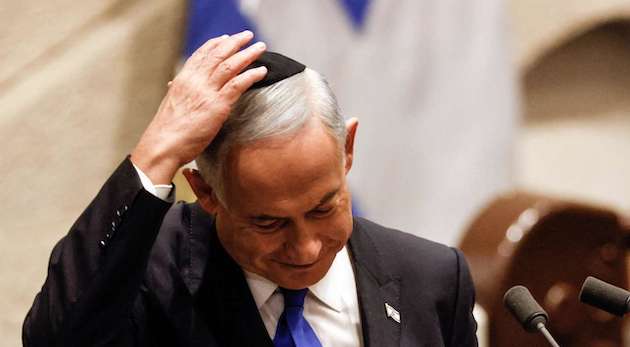 Israeli Prime Minister-designate Benjamin Netanyahu adjusts his skull cap after speaking at a special session of Israel’s parliament (Israel’s Parliament), to approve and swear in a new right-wing government, in Jerusalem on December 29, 2022. The right-wing government, formed after the fifth election in four years, has sparked fears of a further military escalation in the Israeli-occupied West Bank, amid the worst violence there for nearly 20 years.
(Photo by AMIR COHEN / POOL / AFP)